Yoga vs. Pilates: which is better for you? 2019 is fast approaching and resolution-fuelled gym memberships are sure to rocket, as they always do. Maybe you’re just starting out, taking care of a niggly injury you’ve been ignoring, or perhaps this is your time to take a step back and find a way to reinvigorate your exercise programme – in any case, if you’re researching a new workout, yoga and Pilates are two that are sure to come up.

We’re going to dig into both – the pros and cons, benefits and rewards. But before we get there, there’s a very important question that needs answered:

According to Sam Murphy at The Guardian, “A rule of thumb is that yoga is more about how you feel and [Pilates] about how you look.” The NHS, on the other hand, tell us that “Pilates exercises are performed in a flow of movement without the static poses associated with yoga.” And experts at The Chopra Centre believe “The biggest difference between the two is the emphasis on the spiritual component in classes.”

The bad news? The answer might not be as simple as anyone hoped. The good news, however, is that none of these are wrong.

As a number of the research studies we’ll be taking into consideration later on suggest, Pilates focuses more on strength and toning, particularly in your core, whereas yoga is more concerned with harmonising the body and mind through controlled breathing during static flexibility-based exercises. But there’s something more important that all of these distinctions are leaving out: the end result:

“Overall, the biggest difference between Pilates and yoga is the ultimate goal,” says Devin Thomas at Gaiam. “Yoga provides a meditative environment for you to improve your overall quality of life. […] Pilates … increases your body awareness and work from your core, resulting in a stronger body.”

So, as we delve into the research, always remember to keep your personal journey in mind. 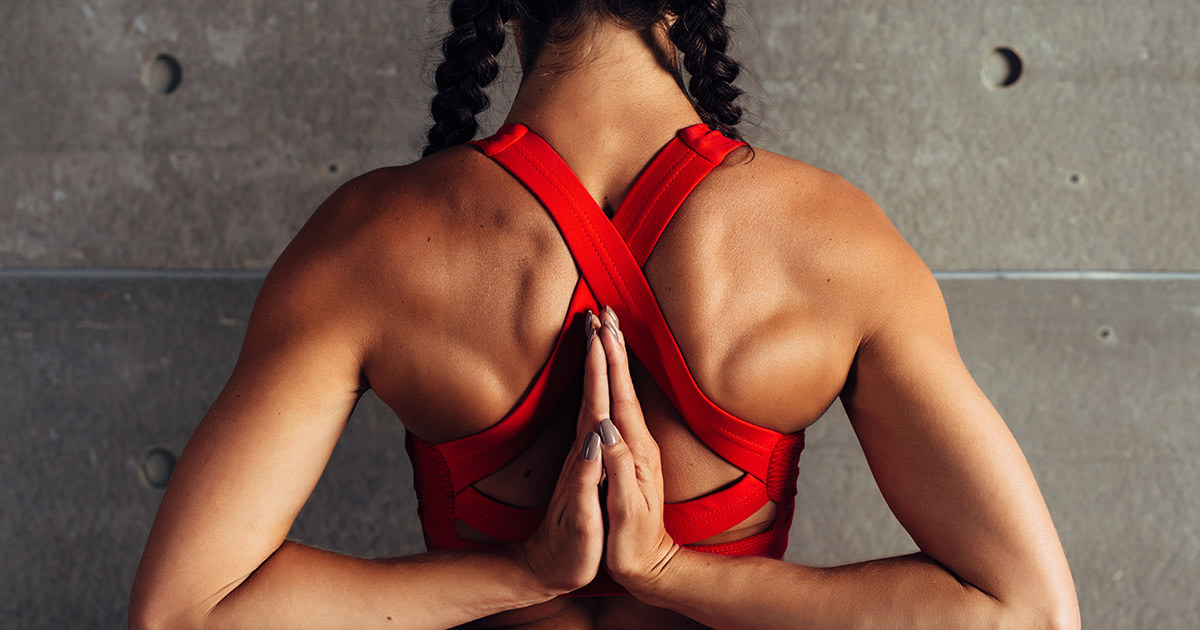 Let’s go back to basics.

“Yoga is an ancient holistic practice embedded in a philosophy that values moral, physical, mental, and ultimately spiritual, training.”

The ultimate goal of yoga is ‘moksha’, which means enlightenment or liberation. However, as a study in the International Journal of Physiology, Nutrition and Physical Education classifies Yoga’s healing system being built upon four basic principles:

If there’s one thing that Pilates can’t touch on yoga, it’s longevity, having been around for thousands of years. Of course, since that time, variants have popped up, and in our post-hipster world, this is where some of the stigma around yoga stems from.

Don’t knock them ‘til you try them – those variations might be exactly what you’re looking for and they’re perfectly in line with the principle of individuality. Whilst yoga typically burns around 102 calories per session, upgrading to power yoga ramps that number to 245 , which could be a more ideal solution for your weight loss goals. Intrigued? Here’s a little more info:

“Kest and Bender Birth both used the term power yoga to differentiate the intense, flowing style of yoga they were teaching from the gentle stretching and meditation based practices that many Americans associated with yoga. Bender Birch has said that when she started calling her classes power yoga, she still taught the Ashtanga sequence of poses.”

Although yoga isn’t a major attack on the calories, it does boast some incredible benefits due to its emphasis on enhancing both flexibility and range of joint motion. In fact, “[in] a study from the University of Wisconsin, eight weeks of yoga practice improved flexibility by 13-35%.” 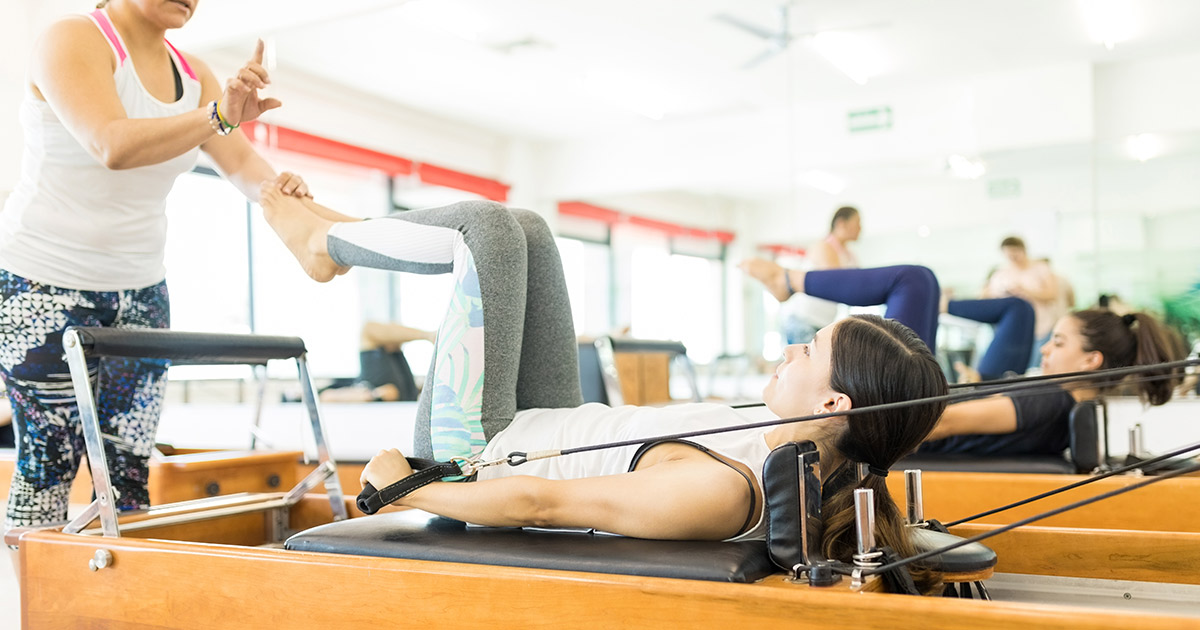 A Pilates life for me

Not quite the new kid on the block, but by far the younger contender, Pilates was developed during World War I and in its aftermath by the German physical trainer, Joseph Pilates. “While it’s possible that Pilates may in some ways inspire yoga, yoga certainly inspired Pilates. Pilates himself studied yoga, and his writing indicates that it was his intention to unify mind, body, and spirit, and as a result, many of the benefits of the two technologies are similar.”

Burning from 170 to 237 calories per hour, Pilates is generally a more physical workout. However, Peta Bee has noted its limitations:

“Another study by [the American Council on Exercise] last year found the cardiovascular benefits of Pilates to be limited. Even an advanced 55-minute session raised participants' heart rates to a maximum of only 62% (below the recommended 64-94% said to constitute an aerobic workout).”

Researchers in Italy found that whilst Pilates can be an effective method of strengthening upper and lower limbs as well as the abdominals, “No changes on body composition were detected, probably because subjects were not involved in a diet regimen.”

Another study at Pamukkale University, Turkey, observed the effects of an 8-week Pilates course on overweight women aged 30 to 50 versus those continuing not to exercise. “In Pilates group, weight, BMI, fat percentage, waist, abdomen and hip circumference decreased significantly after training … while no significant difference was observed in lean body mass.”

Lean body mass is body fat weight subtracted from total body weight. Therefore, although Pilates can help you lose weight, you need to make sure it aligns with your fitness goal. 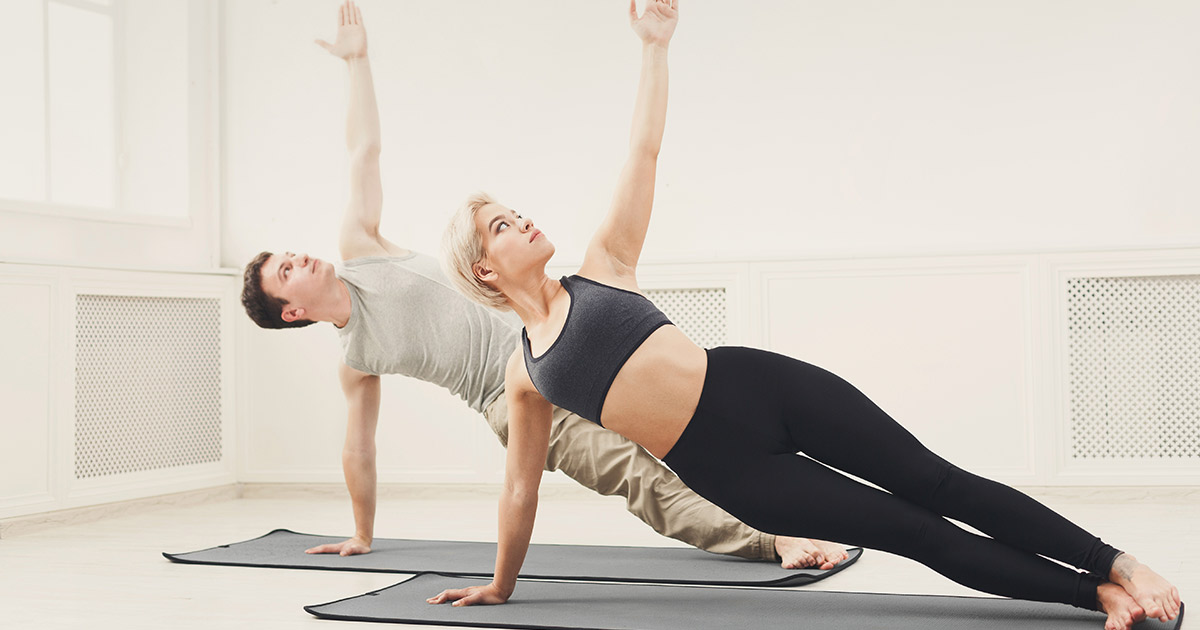 War of the workouts

We’ve already established that traditional yoga will generally burn less calories than the same amount of time doing Pilates – but if it were that simple, yoga would cease to exist. Yet, a hundred years on, here we are comparing the two. And we’re not the only ones.

Scholars in India studied a group of 60 women from Calicut University aged 20-25, who were divided into four workout groups: yoga, Pilates, combo of yoga and Pilates, and a control group who did neither. Exercise sessions were held on five days per week for a period of six weeks.

The results were unsurprising, but important in helping to answer our question of whether Pilates or yoga is better:

Finally, we have an important variable: the autonomic nervous system. This is the part of your body that handles involuntary but core functions such as breathing, digestion and heartbeat. And one of these contenders might just hold the key to improving yours…

20 college students who majored in Physical Education were split into two groups: one participating in yoga; the other, Pilates. Their autonomic nervous systems were measures before and immediately after their workouts, as well as after an additional 30 minutes of rest. The result?

Do we have a winner?

One promotes strength gains, the other increases your flexibility. The question perhaps shouldn’t be which is better, but why not do both?

Pilates and yoga instructor Jennifer DeLuca explains, “Any form of exercise has a point of diminishing returns: Get too flexible without the strength to support it, and you might get injured; develop a lot of strength without taking the time to stretch, and you'll also set yourself up for problems.”

At Modius Health, we’re firm believers in keeping things in balance. Maybe the yin and yang of yoga should be combined with the strength gains of Pilates for a rounded workout programme? So, why not try both!

There might be one that suits your personal weight loss goals, or an instructor who can pass on the knowledge you need:

“You might have heard that Pilates is more about toning your core, while yoga is better for relaxation and flexibility. But as DeLuca points out, ‘You can find a great yoga teacher who can teach you more about your core than a given Pilates instructor, and a wonderful Pilates teacher who imbues a class with mindfulness and stretching more than a given yoga teacher.’”

Whichever workout programme is right for you, keep working hard at it and remember your diet plan needs attention, too – healthy inside, healthy outside.